Negotiating the Terms of Mercy: Petitions and Pardon Cases in the Hamidian Era 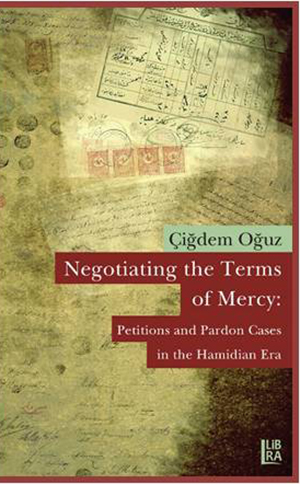 This study focuses on the pardons of the Hamidian era by using the petitions which were written by the convicts, accused people or their relatives to the Sublime Porte. Beside the lives, prison conditions and accusations of the convicts, the pardon petitions constitute a useful source to see the nature of the relationship between state and the ordinary people. This study argues that although requesting a pardon seems to have been a kind of obedience to the authority, the relationship established on pardons was established through bargains and negotiations. The process of granting pardons was an interactive one in which the actors negotiated on the conditions according to the position of supplicant. Also, the petitions allow us to see the debated characteristics of the Hamidian era from the eyes of the ordinary people. This study claims that the pardon was a state policy and it was especially applied during the Armenian Events of the 1890s, the banditry problem and tribal conflicts. Moreover, to gain the loyalties of the outlaws, to use them as informers and collaborate with them in the critical areas of the Empire, pardons were a step in allowing the state to make alliances without losing its prestige. Through the discretionary power of forgiveness, the Sultan tried to restore the monarchical ideology, namely the merciful image of Sultanic rule, which was a distinctive element of monarchical power. While granting pardons, the Abdülhamid regime expected from the convict less loyalty or regret than certain services, and active collaboration on particular issues – a tension which constituted the dynamics of the pardon negotiations.

THE PARDON PETITIONS: THE STORIES AND AUTHORS

The Process of Supplication

The Authors of the Petitions

The Stories in the Petitions

The Armenian Events, Convicts and Hamidian Policy toward Armenians

The Faces of Hamidian Rule: Legitimacy, Autocracy and Symbolism

Judicial Developments of the Hamidian Era

Pardons in the Borders