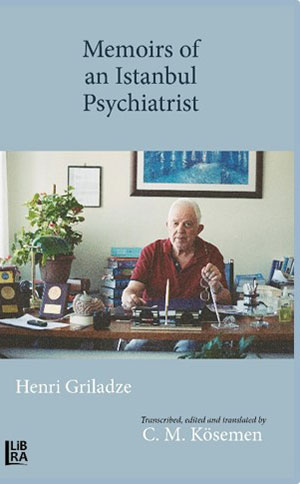 The autobiography of Dr. Henri Griladze (b. 1938), one of Turkey’s pioneering neuro-psychiatrists, is presented in this book. Beginning with the emigration of his father from Georgia to Turkey in the first years of the 20th century, the book chronicles Dr. Griladze’s pleasant childhood years in the then-polyglot Istanbul suburb of Bağlarbaşı; witnessing the change of the district and the city over the decades; moves on to his education, training and career of over forty years in psychiatric hospitals in Istanbul and beyond; his pioneering research on sleep and psychometrics; his encounters with ultra-nationalists, nosy journalists and other extraordinary characters; and concludes at Dr. Griladze’s modern-day clinic, where he has worked privately since 1974. Richly illustrated with photographs and annotated with footnotes that explain local nuances, this book will be interesting to scholars of Turkish medical and psychiatric history; the history of Istanbul’s Bağlarbaşı district; and enthusiasts of the memoir genre in general.

A brief history of the Georgian community in Istanbul

My family and my early years

Old Bağlarbaşı, Üsküdar, memories of my childhood and youth

An album of urban details from Bağlarbaşı

My years at the Bakırköy Psychiatric Hospital

My time in Elazığ

My clinic in Bağlarbaşı

Transferring to the Taksim Hospital

Driving tests and other issues at the Taksim Hospital

The changing look at mental disorders